Why lifting weights is important for your health

If getting in shape and losing that belly are your goals —as they should be—then why not add reducing stress to the list? Unfortunately, eating sweet and fatty foods appears to be one of the preferred choices of many people for managing chronic stress.

Aside from the mental strain caused by chronic stress, it results in higher concentrations of stress hormones such as cortisol and poor eating habits that are associated with increases in belly (visceral) fat. Belly fat is not just unsightly, but is also linked to oxidative stress, inflammation, shorter telomeres, and greater risk of chronic disease.

Take heed: new findings published in the Journal of Obesity (1) suggest that combining an easy technique called mindful eating with stress management can help reduce cortisol levels and the resulting belly fat. Interestingly, a substudy (2) also found that the reduction in cortisol was associated with increased activity of the enzyme telomerase needed to restore telomere length.

In the parent study, researchers from the University of California, San Francisco, randomized 47 women categorized as chronically stressed, overweight and obese to either a mindful eating training group or a control group. They found that the women who received the training had greater body awareness and reduced cortisol secretion, chronic stress, and abdominal fat. The researchers also found that the women with the greatest reductions in cortisol or stress had the greatest decreases in abdominal fat.

The mindful eating training group also showed significant drops in cortisol after wakening, generally when the hormone reaches peak levels in people suffering from chronic stress. The group’s subjects maintained their body weight while those in the control group did not have a drop in cortisol and continued gaining weight.

Instead of prescribing any diet, all of the women attended one session on the basics of a healthy diet and exercise. The training group consisted of teaching the women mindful eating practices such as paying attention to the physical feelings of hunger, cravings, fullness, and taste satisfaction as well as stress-reduction techniques.

The women in the training group attended classes once a week for nine weeks and a seven-hour intensive silent meditation retreat during the sixth week. Throughout the trial, the women were asked to do daily meditation exercises for 30 minutes and to apply mindful eating at meals.

The researchers gauged psychological stress before and after the study by using established survey methods combined with cortisol and fat measurements. What the researchers were looking for was a change in the amount of overall weight and deep abdominal fat as well as a change in cortisol secretion shortly after wakening.

For the substudy, published in the journal Psychoneuroendocrinology, some of the same researchers took the same women but just measured their telomerase activity before and after the mindfulness training treatment. Women who received the training and who decreased their stress and belly fat also showed a greater increase in telomerase activity. A link between improved telomere function and reduced fasting blood glucose was also found.

The culprit in the subtle, harmful effects that chronic stress has on the body looks to be the hormone cortisol which increases as levels of stress increase. Though shorter bouts of cortisol secretion are normal and can have a stimulating effect on the body—as when the ability to run from danger is needed—the opposite is true of having continuously elevated levels of cortisol. This results in a chain reaction where fatty acids from outlying areas move into the abdominal regions and build up belly fat. Chronically elevated levels of cortisol also suppress telomerase, which can lead to shortened telomeres and accelerated cellular aging.

An Isagenix system is demonstrated as an effective way of reducing harmful belly fat through its application of Cleanse Days and Shake Days. The few calories eaten on Cleanse Days along with Cleanse for Life helps to stimulate fat burning and detoxification while Shake Days combine high-protein meal replacement shakes with healthy eating to maximize nutrition and muscle maintenance.

Additionally, Ionix Supreme, a unique tonic with adaptogens, increases the body’s ability to deal with stress and come out on top. Adaptogens are botanicals that lessen the stress response, reducing the harmful effects of stress hormones like cortisol on several body systems like the nervous and immune systems.

Don’t let stress take over and unleash its havoc on the body. Instead, learn about mindful eating techniques and other stress-beaters—exercise, plenty of sleep, and a diet rich in nutrient-dense foods such as fruits and vegetables, as well as Isagenix products—to help stay calm and cool.

If you would like to learn more about Isagenix products, please see Matt or Kaye at Cooloola Fitness Centre. 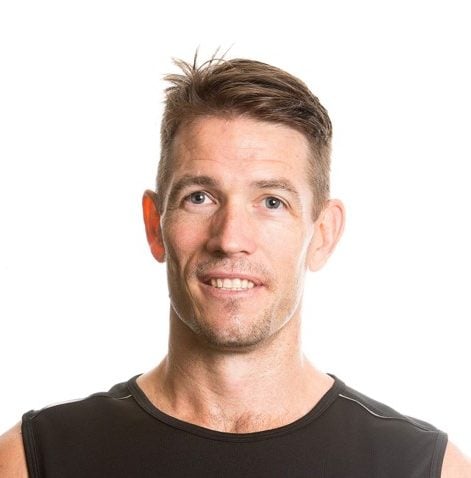